Biographical Sketch
Dennis resides in the Weimer area and is a member of Our Lady of Guadalupe parish and the Knights of Columbus.

Dennis is still on active status with the USAF Auxiliary and currently serving as the Southwest Region Legal Officer and IG Chief for Northern New Mexico Area of the Civil Air Patrol. He is a former NM Commander of the NM CAP (1995-1999) and has held several regional and national offices. Dennis is a member of the Veterans of Foreign Wars Auxillary. 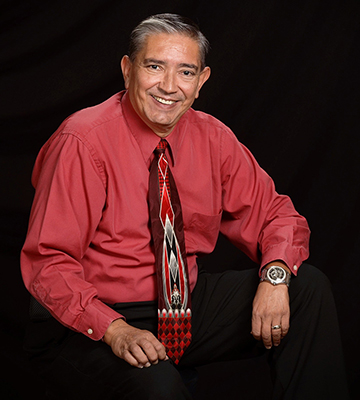 Education
Dennis graduated from St. Michael’s High School (Santa Fe). He then earned his Bachelor of Arts degree at the College of Santa Fe where his major was Teaching of the Social Sciences. He then earned his law degree (J.D.) from Georgetown University Law Center in Washington, DC in May 1976. He passed the New Mexico Bar Exam in July 1976 and was admitted to the practice of law before all the courts of New Mexico. He was subsequently admitted to practice before the U.S. District Court, the U.S. Court of Appeals (10th Circuit), and the United States Supreme Court.


Legal Experience
From 1976-79, Dennis served as an Assistant Public Defender in the Albuquerque office, handling major felony trials. In 1979, he returned to Santa Fe to become General Counsel to the N.M. State Auditor and held a commission as a Special Assistant Attorney General.

In1983 until 1990, he was in private practice in Santa Fe, serving both private and governmental clients. During this time, he served as: the Director of the 1st Judicial District Attorney’s “Back-Log” unit; as a hearing officer for the N.M. Alcoholic Beverage Control; as Issuer’s Counsel for the City of Albuquerque; and as a Special Assistant AG with the NM State Engineer’s Office.

From 1990-94, Dennis served as the first full-time, in-house Town Attorney for the Town of Taos. During his tenure, he also served as President of the NM Municipal Attorneys Assoc. and as the NM Chairman of the National Institute of Municipal Legal Officers.

From 1994-1996, he was in private practice, handling local government law matters (including: Town Attorney for Springer, NM and Village Attorney for Wagon Mound, NM) when, in late 1995, he was recruited to serve as the first, full-time in-house, non-Assistant District Attorney, to serve as Taos County Attorney, where he served until November, 1998 when he chose to return to the private practice of law and teaching. Since 1988, Dennis has been an adjunct instructor for the University of Phoenix in both their graduate and undergraduate programs. Today he serves as an adjunct instructor at UNM-T.   He also serves as a certified instructor for AARP Senior Driver Safety course. Additionally, he served as an adjunct instructor for FEMA and the NM Dept of Public Safety - Emergency Management Bureau.

Dennis completed his second round of service on the NM Supreme Court’s MCLE (Minimum Continuing Legal Education) Board. Additionally, he serves on the Board of the NM State Bar’s Solo & Small Practice Section and the Bar’s Senior Lawyer Division. 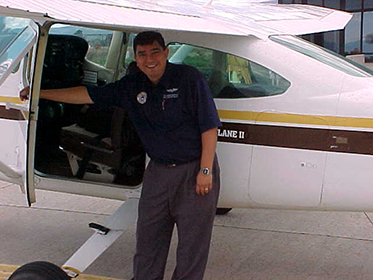 Aviator
Dennis is a licensed, instrument-rated pilot with over 1200 hours PIC (pilot-in-command) time. He has served as one of the FAA’s Aviation Safety Counselors for NM and is a member of AOPA’s (Aircraft Owners & Pilots Assoc.) Legal Services plan. He has served as Legal Officer for both the NM Pilot Association and the United States Pilot Association and was formerly a featured writer for the NM Flying Magazine.


Rates for Services
Rates for professional legal services vary depending on the specific needs of the client. You are encouraged to discuss actual fees and costs with Mr. Manzanares.

Flat rates, for specific matters, may be negotiated. Contingency fee cases range from 33 1/3% to 45% depending on the complexity of the case and other factors as explained during fee discussion.

A “retainer” fee will be required prior to the start of the case. The exact amount will depend on several factors which, again, will be explained during the fee discussion.

Billing is done on the standard one-tenth of an hour format and is detailed to the client in their billing statement.

In addition to the basic per hour rate, the client is responsible for all taxes and out-of-pocket expenses, which includes, but is not limited to: photocopy &/or fax charges; court fees (filing fee, service of process fee, etc.); mileage & per diem charges; long-distance calls and the like. 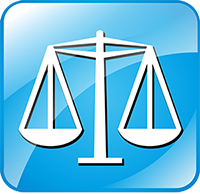